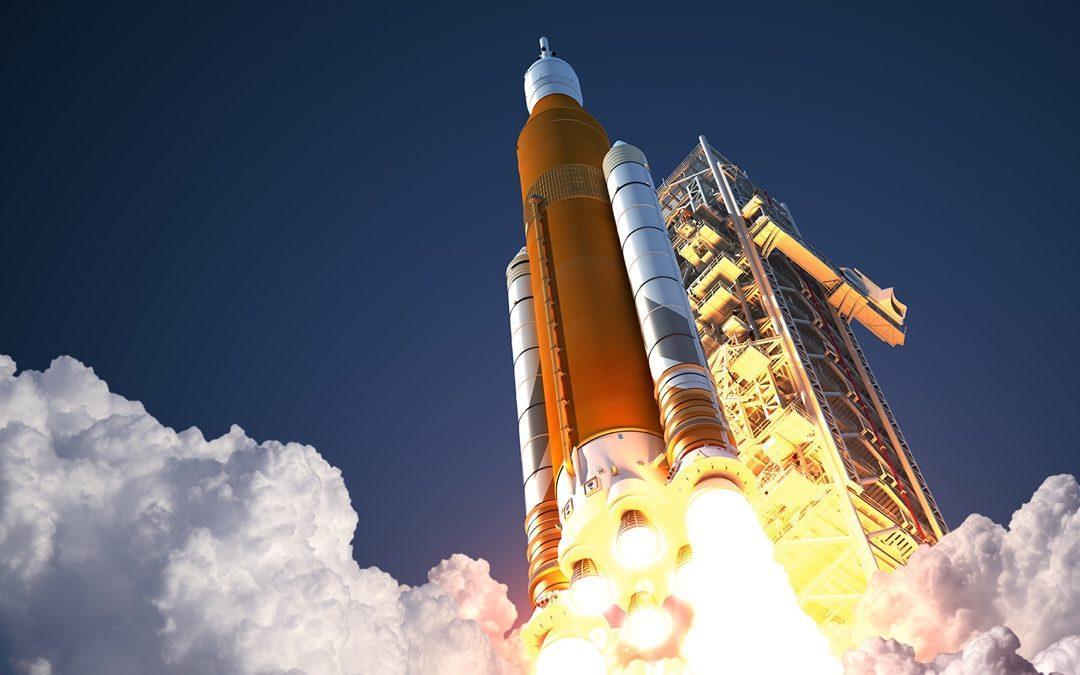 The creation of the $10M Ansari X Prize started a new age of space exploration and transport, with private companies seeking to extend NASA’s pioneering technologies. One of the leading companies in the segment is working toward revolutionizing space technology by designing and launching advanced and reusable spacecraft designs, with the ultimate goal of putting people on the Martian surface.

In an industry where launch vehicles have only modestly changed from those of 40 years ago, the company aims to develop a family of launch vehicles that will ultimately reduce the cost and increase the reliability of space access by a factor of ten. Coupled with the newly emerging market for private and commercial space transport, this new model promises to reignite humanity’s efforts to explore deep space. This company continues to lead in its innovations and capabilities to support manned space flight.

When collaborating with multiple partners on advanced technologies, sourcing materials, and sharing intellectual property, that confidential information needs to be locked down. However, with over 150 scientists, researchers, and executives working on leading-edge technologies, no simple process existed for the communication and distribution of these documents between internal employees and external users.

“Employees regularly sent large files via email, but because many servers limit email attachment size, messages containing large documents weren’t being delivered to recipients,” lamented the company’s CIO. “And because traditional email isn’t secure, we also used PGP encryption and FTP servers, which was time-consuming and confusing for both senders and recipients. Typically it would take us a couple of hours just to encrypt and send one secure delivery. The process was awful.”

Because of the complexity, many people turned to expensive courier services which introduced additional security, speed, and tracking concerns.

The company knew it needed to replace FTP and PGP as its primary methods to transfer files with a more user-friendly and cost-effective solution, so the search began for a reliable vendor. This industry leader had several unique requirements, such as seamless integration with its current IT infrastructure and minimal burden for both the senders and recipients.

“The solution had to be easy for users to send any type of file without extensive training, worrying about attachment size or needing to call the help desk,” said the CIO. “In addition, it needed to run on our own servers and DMZ behind a firewall with SSL encryption. Essentially, we needed a plug-and-play solution that met all our security requirements.”

The company ultimately chose Biscom Secure File Transfer (SFT) for its intuitive user interface, powerful feature set, and strong security. “There is no reconfiguration needed for each file transfer, and no additional IT involvement is needed.” SFT met the company’s mission-critical requirements, complete with extensive security, reporting, and audit trail features.

Since the SFT implementation, the company has seen an increase in the number of file transfers when compared to previous methods used, experiencing a 98% increase in efficiency when using SFT to transfer large documents rather than FTP and PGP. This increase in file transfer numbers and efficiency also translated into significant cost savings/ROI, as expensive courier services were no longer needed, IT was not spending time helping on each transfer, and, most importantly, the scientists and space flight engineers were not wasting time trying to figure out how to simply and securely send files.

“One of the biggest benefits of SFT is that the software can run on our own network in the way I want to run it. SFT was the only solution that offered this level of configuration, customization, and security,” said the CIO. “We’re able to upload files with a couple of mouse clicks and off they go, thus we no longer have to worry about ensuring it arrives in a timely manner. In fact, we’ve reduced the time to encrypt and send files from two hours to less than two minutes.”

The company was so pleased with the solution that they installed the Biscom SFT Outlook add-in so that users could securely send attachments directly from their email client.

“Users regularly work in Microsoft Outlook and the SFT add-in solves the current email attachment issues without additional training.” To make things even easier for the IT operations team, Biscom’s Outlook add-in supports Microsoft Active Directory group policy so the deployment of the add-in to the entire company was instantaneous, and end-users could use their existing contacts and global address lists.

"We’re able to upload files with a couple of mouse clicks and off they go, thus we no longer have to worry about ensuring it arrives in a timely manner. In fact, we’ve reduced the time to encrypt and send files from two hours to less than two minutes"