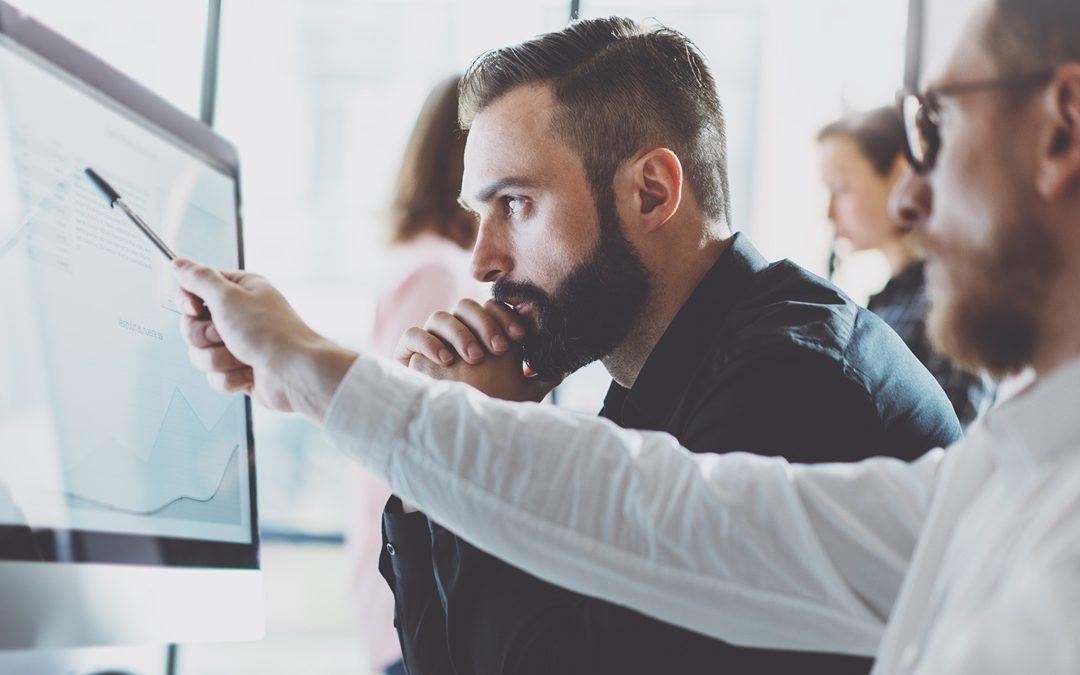 From Advertisers to Consumers—Targeting Audiences

“You deserve a break today…”

How many Americans have heard these jingles on the radio? Advertisers have long understood the power of radio for its wide reach and relative cost-efficiency compared to other media— and radio stations have long depended on the advertisers for revenue.

Today, this relationship between advertisers and radio broadcasters continues, but with over 11,000 commercial radio stations in the United States and countless national advertisers creating ads, coordinating the delivery of the ads to stations is no small feat. But that is exactly what Westwood One delivers on a weekly basis for radio stations across the U.S.

Revenue in radio, as in most media, is generated through advertising sales; when a national advertiser wants to run an ad, Westwood One delivers that ad with the radio content to specific markets and demographics. In a typical week, according to Conrad Trautmann, Chief Technology Officer of Westwood One, they will send out 450,000 ads, in the form of audio files that are up to 2MB in size, to over 5,000 radio stations.

To get the ads the radio stations, Westwood One contracted with a third-party content delivery network that sent a week’s worth of radio spots and required each radio station to sign in from a designated PC using the vendor’s proprietary software to access the ads. This was frustrating for customers.

“The biggest complaint we received from our customers was the limitation of the ads only going to a single computer in the building,” says Trautmann. “Sometimes you’ll have a cluster of as many as 12 radio stations in one building, so it was limiting to all of those stations to have only one computer in the building with the software to download spots and be distributed to all of them.”

Westwood One also wanted to find a most cost effective way to share content than traditional CDNs. They also were looking for a cross-platform solution—the third-party solution worked only on Windows, and ideally, Westwood One wanted a secure file transfer system that could run on either Windows or Linux and that could be accessed from any computer, including Mac computers.

Finally, the company wanted a system that enabled the computers on the customers’ end to automatically retrieve the audio files—a system that supported automated transfer for batch and off-peak delivery.

In their research for an on-premises secure file transfer system, Westwood One engineers learned about Biscom Secure File Transfer: The first thing that impressed the technical team at Westwood One was the Biscom interface.

“All of us were sitting around the WebEx presentation, saying ‘This is exactly what we need!’” reports Trautmann. What also impressed the team was the fact that Biscom is cross-platform—and fast. They were able to run it on Linux and found that performance was a huge selling point.

“The system’s speed was key for us,“ says Trautmann.

The Key to Efficiency – Intelligent Caching and Automation

Typically, a customer uses Biscom’s Secure File Transfer system to send several files to one or more recipients. The files are uploaded to the SFT server, and recipients receive an email notification to retrieve the files. For most ad hoc file transfers, this is a one-time delivery.

But in the case of Westwood One, many similar – but not identical – deliveries need to be sent to thousands of recipients, resulting in huge network bandwidth consumption, and more importantly, takes too long. The challenge was that each package of radio ads, sent to each radio station was slightly different, based on the target market stations represented by each individual radio station.

As Trautmann puts it, “When we’re dealing with a total 450,000 spots a week, that’s 450,000 uploads.” Many of those uploaded spots are the same exact file. Each week there might be 200-300 new spots (audio files), but because each radio station’s package is slightly different, many of those spots would typically have to be uploaded over a thousand times each.

“We just wanted to upload a commercial one time instead of a thousand times,” says Trautmann. “We didn’t want to take those 200-300 spots and upload them a total of 450,000 times. We wanted to upload each file once.” Time and storage space considerations were important factors in creating Westwood One’s on-premise file transfer solution. “The key to the efficiency of the system is to not have to upload one commercial hundreds of times.”

During the trial phase, the technical team at Biscom worked with Westwood One to create an intelligent caching system to handle duplicate file requests. By identifying and tracking each unique file uploaded, SFT can reuse an existing file in multiple packages without the need to upload it again.

The sought-after cost-savings, speed, and ease-of-use were realized immediately. When Westwood One implemented Biscom – and eliminated the need for a third-party content delivery network as well as all of the related costs – they realized “a very quick ROI,” says Trautmann. “Our savings were significant…. It was a short turnaround. Biscom paid for itself in a month.”

As for efficiency, Trautmann states, “Biscom has really scaled nicely. We’ve been able to add 5,800 radio stations and 450,000 deliveries without even a hint of performance, speed, or slowdown issues.”

Both Westwood One and its clients have been pleased with the ease of use. “The customizations we needed were very important to making this a success,” says Trautmann. “The user interface is something our customers have certainly embraced. They love it. We’re thrilled. It’s accomplished exactly what we’ve set out to do with it.”

In addition to using Biscom for sending radio spots, Westwood One uses it to deliver music logs to radio stations. Each week Westwood One provides a week’s worth of 24-hour music logs to over 300 stations. “Before, the log would’ve had to have been attached to an e-mail,” reports Trautmann.

“They often got hung up in spam filters and we had no way of knowing whether program directors actually received them.” By implementing Biscom’s AutoPost and AutoFetch automation utilities, Westwood One’s system automatically detects new content and sends it out via a link to the client. And Westwood One can track not only the deliveries but also who is receiving them.

According to Trautmann, in the past, someone had to create the logs and attach them to each of 300 e-mail messages. “That person can now do something else. It’s been a huge time saver.” Not only is Westwood One now saving time with Biscom, but their clients are also, too.

Radio stations are finding that they are saving time on spot downloads, but “even bigger is the ability to go to any computer in the radio station. They have the ability to do a one-click download to get all of the spots for the week. Most systems don’t have that. Our clients love it,” says Trautmann. With Biscom’s AutoFetch feature, the spots can be automatically downloaded, saving additional time for busy radio station production directors.

Westwood One has found that they receive far fewer support calls from their clients on the receiving end of file transfers. “According to the support team, they don’t end a support call without the radio station saying ‘We love this – it’s way better than the old system.’ Every single client ended up saying how much they loved it. It was the icing on the cake for us. We knew Biscom was good, but we didn’t realize it would be as good as it turned out to be.”

Moving into the Future — Building a competitive advantage

“Clearly, our radio stations are loving this system, and we’re the only ones in the industry doing it this way. Biscom definitely makes it easier for us to get our spots and content to the stations better than our competitors at this point, and easier from the end user’s experience,” states Trautmann. Significant cost savings, faster performance, happier customers, and a competitive advantage – all are music to the ears of the technical and executive teams at Westwood One.

"The user interface is something our customers have certainly embraced. They love it. We’re thrilled. Biscom has accomplished exactly what we’ve set out to do with it."